Stay in touch and get new updates

Thank you! Your submission has been received!

Sorry, there was an error processing your request. Please, reload the page and try again. 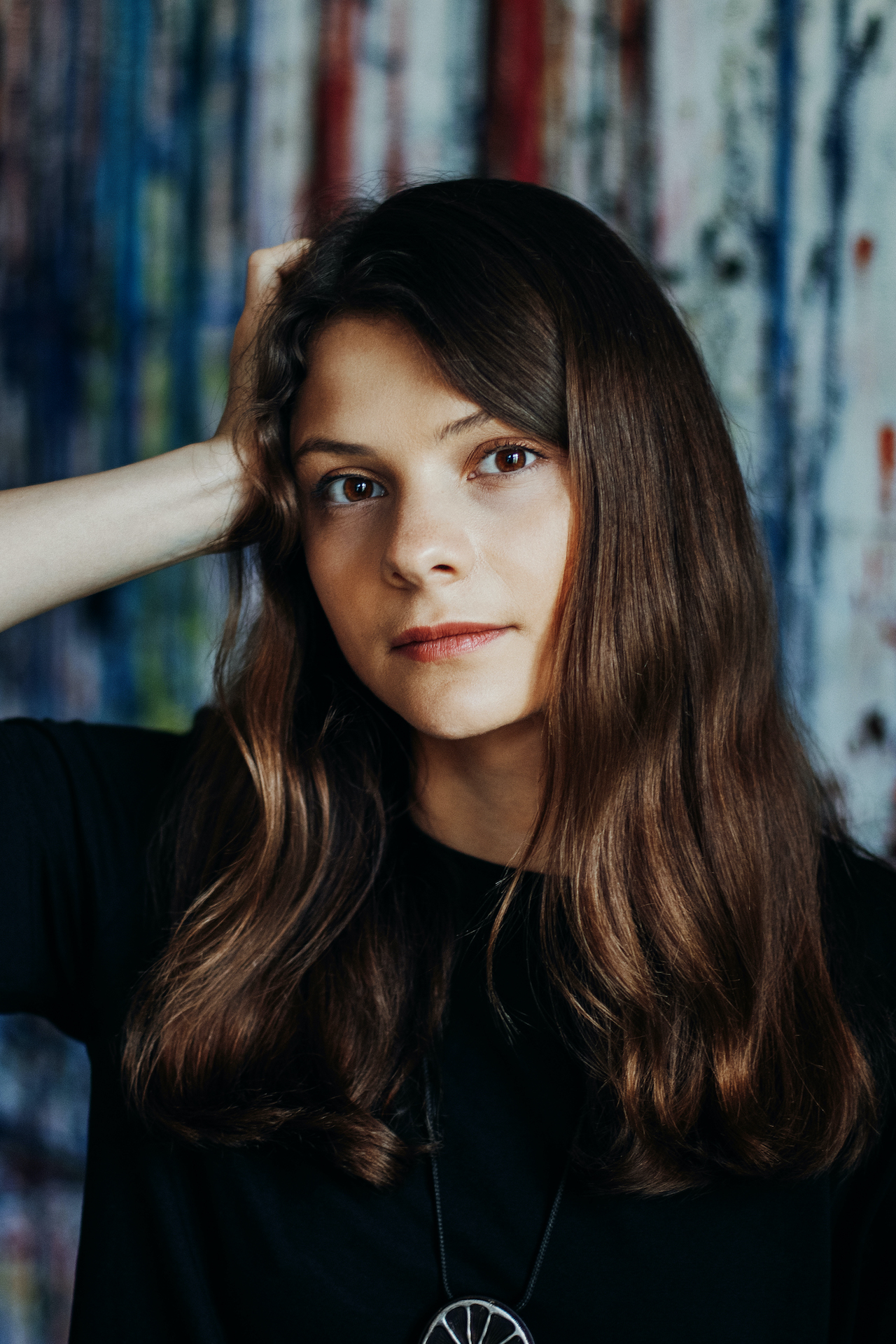 Kateryna Kravchenko is a Ukrainian jazz singer and composer (born 1999).

Raised in the small town of Balta, she began playing the piano when she was four and has been singing jazz since she was eleven.

“I remember how excited I was when I heard the first jazz recording my singing teacher, Volodymyr Kaminskyy, showed me. It was like opening the door to a whole new mysterious world that I wanted to enter. I became curious and decided that one day I really want to be a jazz singer.”

In order to get a better insight into the Ukrainian jazz scene, Kateryna decided to leave her parents' house in 2014 and move to Odesa. There she devoted herself more intensively to her musical education, networking with other musicians and taking part in competitions, concerts and television productions.

In 2018 she left Ukraine to begin her music studies at the Carl Maria von Weber Academy of Music in Dresden. In addition to her studies, Kateryna Kravchenko founded her first quartet. After surprisingly winning the ensemble competition at the Hochschule für Musik in Dresden and third prize at the Blue Note Poznan Competition in Poland, Kateryna decided to intensify her work with the ensemble and expand it musically. Last but not least, the success of the competition gave her band the opportunity to perform on larger stages, such as the Dresden Jazz Days, the Staatsschauspiel Dresden or the European Center for the Arts in Hellerau. They also got the opportunity to record their debut album "Stories", which was released in October 2020.

“I've dreamed of starting a band for a long time. I wanted to discover myself, experiment, write music and work with musicians from different countries. This project has made a very significant contribution to my musical development. The album “Stories” is the result of this process.”

After gaining a lot of experience working as a bandleader in Dresden, Kateryna was accepted in January 2020 to become a member of the official youth jazz orchestra of the Federal Republic of Germany. From that point on she had the chance to regularly play great music with excellent musicians and to work with international greats.

“Working in the National Youth Jazz Orchestra of Germany has changed my view of my own artistic work. It gave me the opportunity to get to know fellow musicians and their different perspectives on music, which broadened my musical horizons.”

With her new project "Short Collection of Tales" (aka InSpace) she harmonizes her gained experiences and presents the listeners with a sound impression of homeland sound in combination with structures of traditional jazz improvisation and classical music.

"Short Collection of Tales - is my "heart project". The people who play in this band complement my music with their new ideas. It's fun to work together. I feel like I'm getting to know each other anew while making music.”

In 2022 the band was voted one of the two winners of the Swiss awards "New Generation #Jazzlab". Thanks to the support of the Grizzly Jazz Foundation, they will record their debut album with some guest musicians in 2023.

Kateryna's projects are not just limited to the jazz scene and singing. She writes music for various line-ups and expands her skills. So she was invited to a bilingual theater reading "Why I'm not online" as musical director and actress.

Her desire to develop and learn encourages her to go to Stockholm for an exchange year in 2022/23. At the Royal College of Music she would like to challenge her creativity and discover new sources of inspiration for herself and her compositions.

Thank you! Your submission has been received!

Sorry, there was an error processing your request. Please, reload the page and try again.